“Mark Zuckerberg is already a rich man. The most recent tally of the world’s wealthiest people by Forbes magazine put the Facebook founder’s net worth at $13.5 billion in 2011, ranking him 52nd in the world. Now Mr. Zuckerberg is set to become considerably richer. His 28.4 percent stake in Facebook could see his fortune rise to as much as $28.4 billion, assuming that Facebook’s recently announced share offering is valued at $199 billion. That would place him ninth in the last year’s rankings. But what may be cost remarkable is Zuckerberg’s youth. At 27, he is the youngest of the plutocrats by a considerable margin. In the top 100, only Larry page and Sergey Brin, the co-founders of Google, are also under 40. Indeed, adjusted for years of age, Mr. Zuckerberg will be the richest man in the world,” as stated by ‘The Economist Online’.

The top 5 people who made their name in this list are as follows:

1. Mark Zuckerberg: Mark Elliot Zuckerberg is an American Computer Programmer and Internet Entrepreneur who has co-created the social networking site, Facebook. He co-founded Facebook in 2004 along with his Harvard classmates Dustin Moskovitz, Eduardo Saverin, and Chris Hughes. He is also the Chief Executive of the same. After the success of Facebook, he dropped out from Harvard University.
He is tagged as the ‘Person of the Year’ by Time’s Magazine in 2010. Forbes has listed him as the ninth powerful people in the world, and ranked him as 52nd Forbes Billionaires. His personal wealth is $17.5 billion as estimated in 2011. With this wealth in the age of 27, he is the world’s youngest billionaires.

2. Carlos Slim: Slim is a Mexican businessman and philanthropist, who is the Chairman and CEO of Telmex and American Movil. He studied Engineering from National Autonomous University of Mexico, where he was simultaneously teaching Algebra and Linear Programming. He learnt the basic business strategies from his father. At the age of 12 he bought shares in a Mexican bank. He started his business through real estate, construction and mining business. He has been the Vice President of the Mexican Stock Exchange and President of the Mexican Association of Brokerage Houses.

3. Bill Gates: William Henry Bill Gates is an American Business tycoon. He is the former CEO of Microsoft and presently is the Non Executive Chairman of the same company. He founded the Microsoft Software Company with Paul Allen. He has a consistent ranking among the world’s wealthiest people. He was the wealthiest in the world overall from 1995 to 2009. Gates is the best-known entrepreneurs of the personal computer revolution though he has been criticized for his business procedures, which have been considered as anti-competitive.

4. Bernard Arnault: Bernard Arnault is a French Businessman, who is the world’s 4th and Europe’s richest person with a net wealth of $41 billion. Forbes has also tagged him as ‘the Fashion Person of 2011’. He did his high school from the Maxence Van Der Meersch High School in Roubaix and graduated in Engineering from Ecole Polutechnique. He joined his father’s company after graduating. He modified his father’s business by convincing him to liquidate the construction division of the company by 40 million French Francs. He changed the company’s focus to real estate. BERBARD Arnault was awarded by the French Legion of Honour.

5. Warren Buffett: The American business tycoon, investor and philanthropist, Warren Edward Buffet is widely regarded as one of the most successful investors in the world. He is often named as “legendry investor, Warren Buffet”. He is primarily a shareholder but also a Chairman and CEO of Berkshire Hathaway. He made his name in the list of World’s wealthiest people consistently. In 2011, he was named as the third wealthiest person in the world.

Everyone of looking for success and most of us are running behind the real success in life. I also want to do the things that brings happiness to me and people surrounded by me. Today i would like to share the Top 50 Tips to be a Successful in Life. Everyone among us want to be Successful like Mark Zuckerberg, founder of Facebook, billionaire, Bill Gates and more..

As you all know that there are only 5% successful people in the world. This means that only one person in Twenty is capable to achieves success in life. I am not saying all this, infact this is a result of a recent research. And you also know that highly successful people are not born that way.

They develop certain characteristics and traits which help them to achieve growth and success in life. We all know that the growth is slow and steady but these people are not afraid of failure or defeat. They just want to pursue their dreams and attain a position and status in the society. It is not difficult to follow the following principles or rules. By following these you will not only be a successful person but also a good human being.
And i am sure that all the most successful people in this world definitely follows most of the Rules written below. 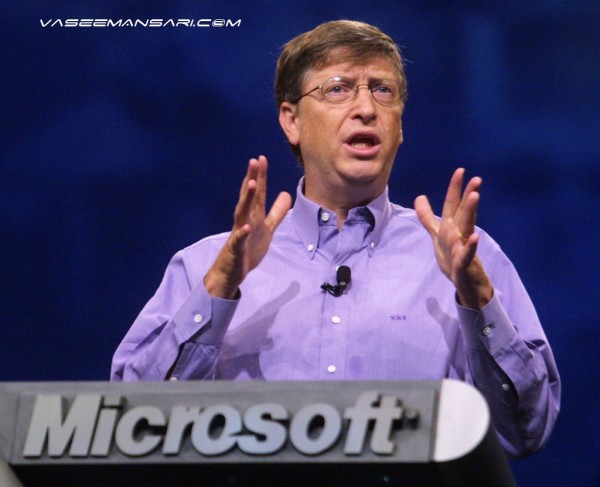