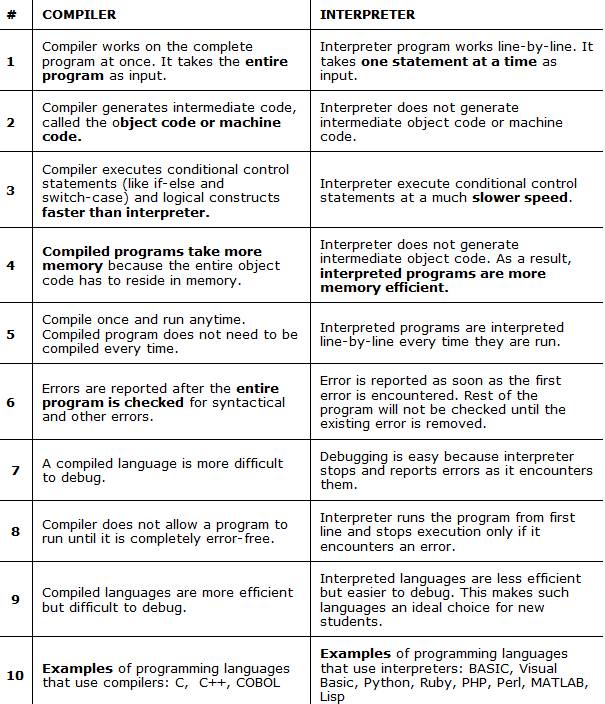 Difference between Compiler and Interpreter