One Of The Most Amazing Road Trips In The World is The Atlantic Road Through Norway. The 260 metre long cantilevered ‘Storseisundet Bridge’ is the longest and most spectacular bridge on this scenic route. There are total of 8 bridges in this road and this is the longest one known as Storseisundet Bridge. This bridge is referred to as a curve bridge on the Atlantic road. 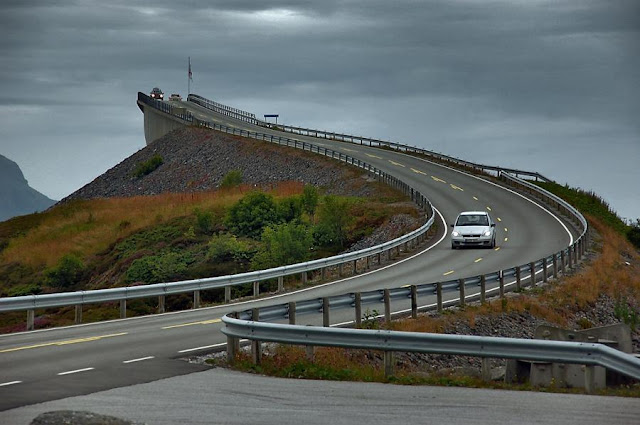 The design of this bridge is such that, most of the first time travellers driving on the bridge, get a scary sense that the bridge goes nowhere and if they proceed further they will drop in the abyss below. 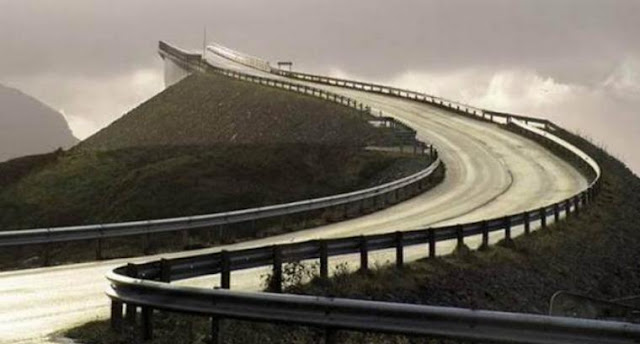 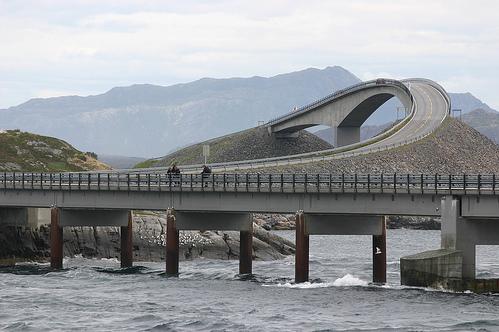 The bridge known as ‘Storseisundet Bridge’ is part of the one of the most scenic road in the Norway; The Atlantic Road (Atlanterhavsveien) which connects the Norway’s mainland to the Island of Averøy. Opened in 1989, the 8.3 km (~5 mile) long road has eight bridges inter-connecting several small islands in the open sea near the coast. 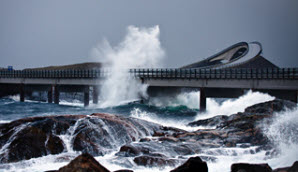 The road rides above some rough and uneven surfaces and it’s spectacular because it rises itself and falls at many places like a sea at the time of a rough tide. Apart from the incredible road itself, the scenery surrounding it could give any driver shivers. 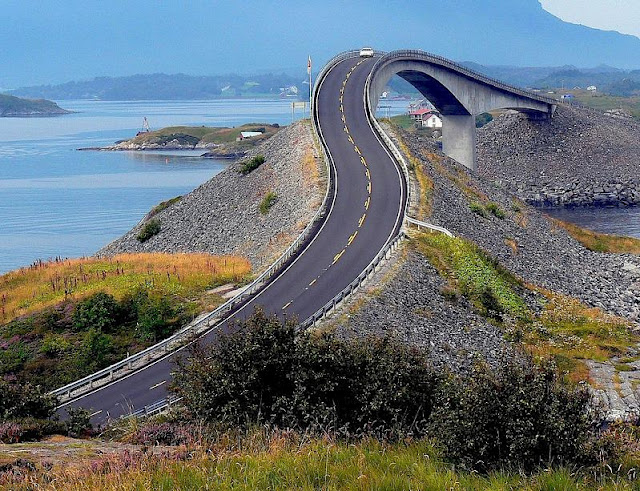 More from the Editor’s Desk