People are just about as happy as they make up their minds to be. Abraham Lincoln 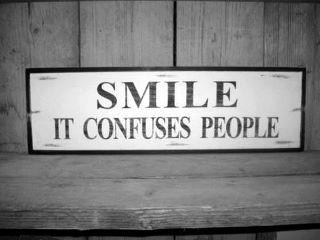 Everyone has problems, some are just better at hiding them.

If we did all the things that we are capable of doing, we would literally astound ourselves. Thomas Edison 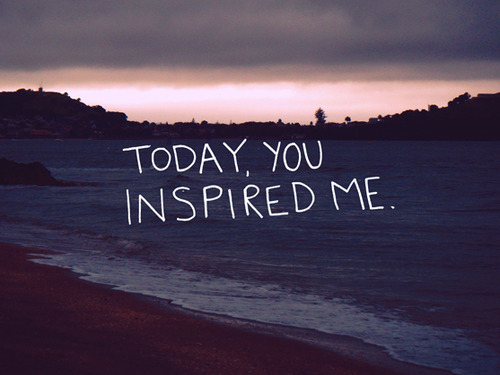 Life is not lost by dying, life is lost minute by minute, day by dragging day, in all the thousand small uncaring ways. Stephen Vincent Benét

Only by going too far can one possibly find out how far one can go. Jon dyer

People only see what they are prepared to see. Ralph Waldo Emerson

Don’t be afraid to fail because only through failure do you learn to succeed.

Learn from the mistakes of others. You can’t live long enough to make them all yourself.

The tongue weighs practically nothing, But so few people can hold it.

It takes only a minute to get a crush on someone, an hour to like someone, and a day to love someone- but it takes a lifetime to forget someone.

Always put yourself in the other’s shoes. If you feel that it hurts you, it probably hurts the person too.

Many people will walk in and out or your life, But only true friends will leave footprints in your heart.

God Gives every bird it’s food, But he does not throw it into it’s nest.

Top 10 Richest Companies in the World

1. Walmart
Walmart, the retailing company was founded by Sam Walton in 1962. The company is owned by the Walton family with Michael T. Duke as the President and CEO and S. Robson Walton as the Chairman. Headquartered at Bentonville, Arkansas, United States, the company has its branches all over the world in around 15 countries and 8,970 locations. It publicly trades on New York Stock exchange and considered as the biggest private employer as it has over 2 million employees. According to the Forbes 2000 the company was listed as 18th largest public corporation in the world in terms of revenue generation. In 2012 it ranks no. 1 with respect to revenue of $421.8 billion.

2. Exxon Mobil
The American multinational Oil and Gas Company, Exxon Mobil is a descendant from John D. Rockeffer’s Standard Oil Company and was established on 30th November 1999. The Chairman and CEO of the company is Rex Tillerson and it’s headquartered in Irving, Texas. The company produces fuels, lubricants and petrochemicals. It has 37 oil refineries in 21 countries and is the largest refining company in the world. It is listed on the New York stock exchange and it works with almost 83,600 employees. In 2012 it is ranked as the second richest company in the world with the revenue of $370.1 billion.

3. Royal Dutch Shell
Royal Dutch Shell, commonly known as Shell is an oil company headquartered at The Hague, Netherlands and its registered office is in London, United Kingdom. The CEO of the company is Peter Voser and Jorma Ollila is the Chairman. The company produces petroleum, natural gas and other petrochemicals. It operates in 90 countries and has over 44,000 service stations. Shell is listed in the London stock exchange and has a secondary listing on New York stock exchange as well. With around 112,000 employees, the company is vertically integrated and active in various fields of oil and gas industry, like exploring, refining, production, distribution and marketing, petrochemicals, power generation and trading. It is the third richest companies in the world with the revenue of $368.1 billion.

4. BP (British Petroleum)
BP is a British multinational oil and gas company and the third largest in Energy Company and fourth largest company in the world. Bob Dudley is the CEO of the company, Carl- Henric Svanberg and Byron Gote are the Chairman and CFO respectively. Headquartered in London, United Kingdom, it originated in 1909 as the Anglo- Persian oil company and was changed to the British Petroleum in 1954. Later in 1998 it was merged with Amoco. It operates in 80 countries with around 22,400 service stations, the company also produces Air BP (aviation fuel), Castrol (motor oil) etc. It is listed on the London stock exchange and it also has a secondary listing on New York stock exchange. It has 79,700 employees and is the fourth richest company in the world with the revenue of $297.1 billion.

5. Sinopec
Sinopec is also known as the China Petroleum and Chemical Corporation Limited. It is headquartered in Chaoyang district, Beijing, China and its CEO is Su Shulin and Chairman is Fu Chengyu and Vice President is Wang Tianpu. It is the second largest petroleum company in China and is the first Chinese company to make it into the top 10. Its businesses include oil and gas exploration, refining, marketing, production and sales of petrochemicals, chemical fibers, fertilizers and storage and transportation of crude oil and natural gas. It has 640,535 employees. It is listed on the Hong Kong, Shanghai and New York stock exchange. It is the fifth richest company in the world with the revenue of $289.7 billion.

6. State Grid Corporation of China
State Grid Corporation of China is an electrical company founded in 2002. Liu Zhenya is the CEO and President of the company and is headquartered in Xicheng District, Beijing, China. Owned by the Government of People’s Republic of China, the company’s key service is the electrical power transmission. With about 1,564,000 employees, it was ranked eighth in 2010 Fortune Global 500, then seventh in 2011 and now it is the sixth richest company in the world with the revenue of $231.6 billion.

7. Toyota Motors
The multinational automaker company, Toyota Motors was founded on 28th August 1937 by Kiichiro Toyoda. The Chairman of the company is Fujio Cho and Akio Toyoda is the president and the CEO. Headquartered in Toyota, Aichi, Japan, the company has Lexus, Daihatsu and Hino Motors etc as its subsidiaries. It employs almost 317,734 employees from around the world. Other than producing automotives it also provides financial services and builds robotics. It is the seventh richest company in the world with the revenue of $228.2 billion.

8. Petro China
It is a Chinese oil company which was founded in 1999 and it is state owned. Its parent company is the China National Petroleum Corporation. Its headquarters are in Dongcheng district, Beijing, China and its CEO is Zhou Jiping, its Chairman Jiang Jiemin. It has been listed on the Hong Kong, Shanghai and New York stock exchange. It produces fuel, lubricants, natural gas, and other petrochemicals. It employs 539,168 employers and is considered as the eighth richest company in the world with the revenue of $223 billion.

9. Total S.A.
Total S.A. is French multinational Oil Company founded in 1924 by Ernest Mercier. The company’s business covers the chain of oil and gas, from crude oil and natural gas exploration and production to power generation, transportation, refining, petroleum product marketing, and international crude oil and product training. The Chairman and CEO of the company is Christophe de Margerie, the CFO is Patrick de la Chevardiere and is headquartered at Tour Total, Courbevoie, France. The company employs 92,855 employees and is the ninth richest company in the world with the revenue of $222.8 billion.

10. Japan Post holdings
This company is the Japanese state owned enterprise that deals with mail delivery and it also provides financial services. This company was founded in 23rd January 2006 and is headquartered at Kasumigaseki, Chiyoda, Tokyo, Japan. The CEO is Jiro Saito. It employs about 233,000 employees. Its subsidiaries are Japan Post Service, Post network, Post banking and Post Insurance. It is the tenth richest company in the world with the revenue of $211 billion.