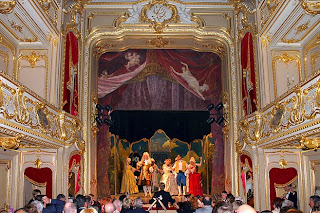 Yusupov Palace in Russia was primarily the residence of  Princess Yusupovs – a well known royal family in Russia. They were the richest family in 19th century in Russia. They lived from 1830 – 1917. The interiors of the palace were rich in art forms and various eye catching architecture which attracts tourists to visit at least one time in life. They had designed private rooms also well arranged in royal style. Rasputin was a holy man who got murdered in this palace on December 16-17 1916. One of the best thing to notice is the Moika River surrounds the yellow-palace. The Palatial Theatre is one of the most attractive place to visit in this palace.